Lieutenant General Timo Pekka Kivinen (b. 1959) has had a versatile career in various duties, both at home and abroad. He has served as the Chief of Defence Command Finland since 2017. Before that, Kivinen’s posts have included the Finnish Defence Forces Deputy Chief of Staff, Strategy, Brigade Commander of Karelia Brigade, Assistant Chief of Staff, Defence Command Finland, command duties in the National Defence University, Commander of Utti Jaeger Regiment, and Defence Attaché duties in Budapest. He completed the General Staff Officer Course in 1993 and was promoted to the rank of lieutenant general in 2016.

Kivinen will reach the mandatory age of retirement for the Commander of the Defence Forces on 31 March 2024. 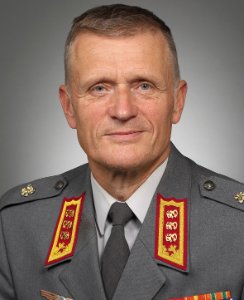