Review of Troops at Senate Square 4.6. 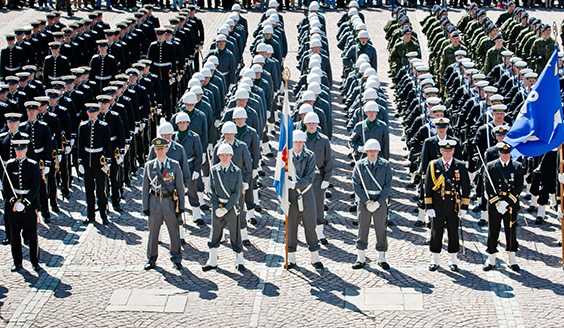 The parade is reviewed by President of Finland Sauli Niinistö with Commander of the Finnish Defence Forces General Jarmo Lindberg.

The field devotional is held by Field Bishop Pekka Särkiö.

This year the Guard Jaeger Regiment is in charge of organising the parade.

The parade troops arrive and deploy for the review of troops at the Senate Square at 1120 hours from the corner of Unioninkatu and Hallituskatu.

The review of troops proceeds as follows: