The National Parade on the Flag Day of the Finnish Defence Forces will be held in Rovaniemi on 4 June 2019. In addition to the review of troops and pass-in review, the programme will include a static display and Hornet solo display. The events are free of charge. 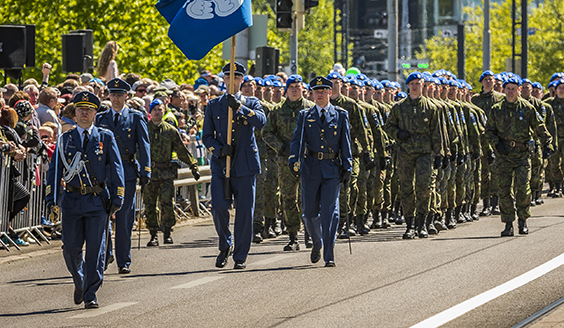 The parade reviewing officer will be Commander of the Finnish Air Force Major General Pasi Jokinen. The parade troops will be commanded by Brigadier General Jari Mikkonen, Chief of Staff Air Force Command Finland, and the field devotional will be held by FINAF's Senior Chaplain Kari Mannermaa.

Troops and materiel totalling around one thousand persons and 49 vehicles from the Army, Navy and Air Force, National Defence University, Lapland Border Guard District and veterans' and national defence organisations will take part in the parade accompanied by Air Force and Army aircraft in the sky. The Lapland Air Command is responsible for the parade arrangements.

The review of troops will take place at 12 noon at Rovaniemi Keskuskenttä Central Sports Stadium where the participating troops will set up for the parade beginning at 11:15 am.

During the pass-in review, Air Force and Army aircraft will perform a flypast. FINAF will participate with F/A-18 Hornet multirole fighters and Hawk jet trainers joined by NH90 transport helicopters and Hughes MD500 light helicopters of the Army.

During the day, the audience has an opportunity to come and take a look at a wide variety of the Defence Forces equipment at Vanha Tori Square. On the static display they can see the equipment of the Army, Air Force and Border Guard and, of course, stop by the "Soldiers’ Home" canteen sales point. The static display will be open from 10 am to 5 pm. The setting up of the display will begin on 3 June.

After the pass-in review, at 2 pm, the spectators can enjoy the Hornet solo display. The best place to view the display will be at Lainaanranta shore but it can be well seen also on Jätkänkynttilä Bridge. All flypasts are subject to weather conditions.

Parade will affect traffic in Rovaniemi

It is advisable to avoid using one's own car in the city centre at the time of the Flag Day's events, as some streets and parking areas will be reserved for the parade. Jätkänkynttilä Bridge will be closed to all traffic in the morning and will be opened only after the pass-in review.

The public is asked to arrive in good time on foot or by bike or using public transportation. Parking is possible for example in the car parks of the city.

The major part of the participating troops will arrive at Rovaniemi on 3 June, and also the parade arrangements will be started at the scenes of the events partly already on 3 June.

Programme for the Day:

The public is invited to attend all the events of the Flag Day. 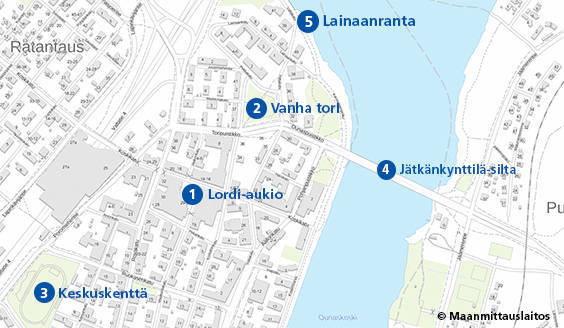 NB: To operate drones in the city centre and near Jätkänkynttilä Bridge is prohibited during the parade day.

The parade can be followed also on the online channels of the Finnish Defence Forces:

Read more on the parade day online at puolustusvoimat.fi/en/parades.