Here are the units divided by branch

The Army is led by The Army Command in Mikkeli

The Navy is led by The Navy Command in Turku

Other Administrative Bodies are The Defence Command Finland and its subordinate establishments and The National Defence University.

The word Garrison means an area with one or more units. For example The Helsinki Garrison consists of The Guard Jaeger Regiment, Naval Academy, Defence Command Finland and some other additional units. 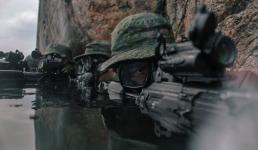 The Finnish military national defence is based on the civic duty of military service.

Check out the intti.fi theme pages

Regional offices will assist you with military service issues. Your local office will serve you. You can also find general advice online.