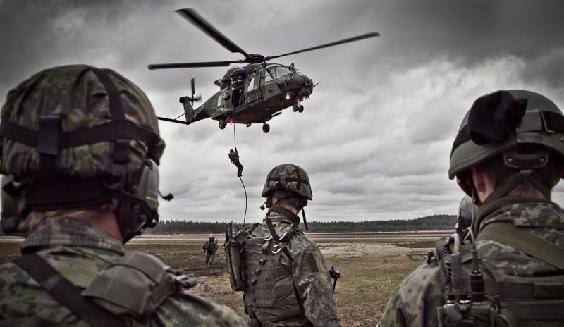 Finland provides soldiers for the European Union battlegroups as part of its international crisis management activities.

EU battlegroup tasks may include the following:

Finns have been part of the readiness forces since 2006. So far, the battlegroups have not been used in operations.

Rapid reaction forces are capable of operating in short-term but demanding tasks, for instance by supporting a UN peacekeeping operation. The forces were founded in 2005 and since 2007 two battlegroups have been on standby with the ability to be deployed in ten days. One battlegroup is on standby for six months. So far Finland has contributed to five battlegroups.