The unit training conducted in the framework of the Trident Juncture 18 exercise will come to an end on Wednesday 7 November. From Finland, a total of 600 soldiers including 300 conscripts have participated in the training. The units will return to their home garrisons during the weekend at the latest. 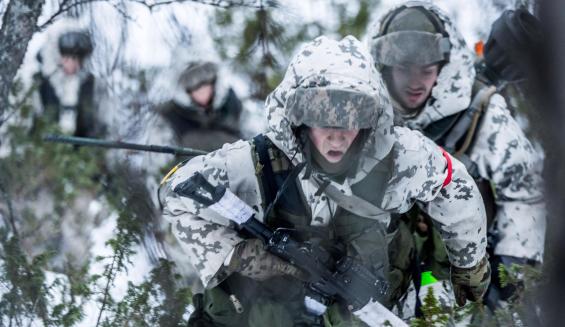 "The circumstances in Norway did not surprise the Finns. We were well prepared. With solid confidence in your skills and equipment, you could get to the core of the training without wasting any time," the Finnish senior national officer, Lieutenant Colonel Petteri Kurkinen from the Defence Command’s Training Division reports on the atmosphere towards the end of Trident Juncture 18.

Developing national defence is a condition for the Defence Forces’ participation in international exercises. The exercises must be demanding in order to be worth participating. We go abroad to demonstrate our own know how and to train things that we are unable to train in Finland to a sufficient extent- if at all. Trident Juncture 18 has given the Finns experience of how NATO might operate in a crisis situation.

"If you have to name the one best single thing about Trident Junction, I would say joint operations. We seldom get to train joint operations of this scale conducted together with the Army and Navy. The Air Force keeps training tactical-level air warfare with the Swedish and Norwegian air forces. This was a chance to train operational level planning and execution with real units", the Commander of the Örland fighter detachment Lieutenant Colonel Saku Joukas explains. 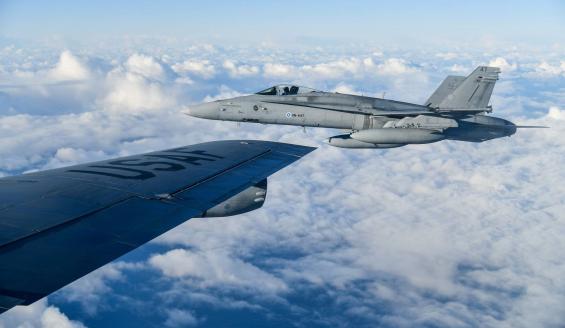 In recent years, readiness has become an important part of Finnish conscript training across the board. The exercise has shown that conscript training gives conscripts good basic skills and sufficient know how to operate not only in Finland but also in circumstances that are different from anything they are used to.

The Army sent the Finnish Rapid Deployment Force from Pori Brigade to the exercise. A unit from Nyland Brigade having received the international Amphibious Task Unit training represented the Navy. You can apply and get selected to either one of these international conscript training programmes if you are interested. Regardless of the names, in both of them, readiness to defend our country is part of the training.

"The Jaeger Company including its support elements has proven to be capable of sustained military operations in an international environment and demanding circumstances. As a part of a Swedish motorised infantry battalion, the Company completed all of its tasks with Finnish perseverance and obstinacy. Seamless cooperation with the western neighbour has provided proof in practice that the defence cooperation is working well. We have met the objectives set for the Army exercise unit well indeed. We can bring back great amounts of experience and a backpack full of good practices", says Lieutenant Colonal Tapio Huhtamella from Pori Brigade.

"For us, Trident Juncture 18 was a successful exercise with plenty of demanding tasks. What it has proven in particular is that Finnish conscript training provides a good level of skills for operating in challenging circumstances with different kinds of cooperation partners. Operating as part of a large multinational amphibious force has enhanced the know how and execution ability of the troops participating in the exercise from staff officers to individual coastal jaegers", says the Commander of the ATU unit Sami Jaakkola from Nyland Brigade.

For the ATU unit, the exercise has been a part of getting prepared for being on stand-by in 2020 for the NATO Response Force (NRF) in the Response Force Pool. Finland has participated in the NRF pool since 2012.

"In this sustained exercise we have gained valuable experience of the working of procedures and equipment in exceptional terrain conditions. The experience will help develop our own activities in tasks involving national defence, international crisis management and international assistance. The exercise is part of enhancing the unit’s capability to be on stand-by for the NATO Response Force in 2020, Jaakkola says. 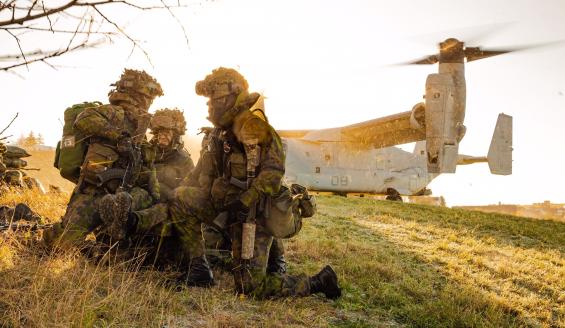