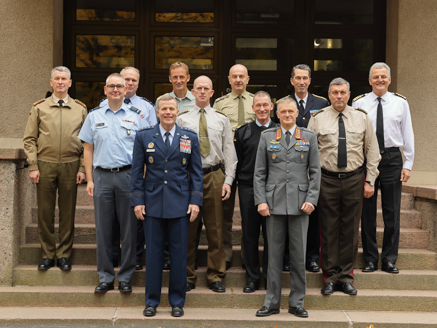 Senior enlisted leaders for many of the participating nations met a day earlier to discuss ways of empowering enlisted forces. During that event, each nation’s top enlisted leader briefed their nation’s approach to enlisted development.

Conferences such as this further cooperation between northern European nations, the U.S. and Allies and partners throughout Europe. This cooperation builds defence capabilities and interoperability, and enhances the ability to respond to a variety of current and potential threats.

The Arctic and Baltic regions are strategic regions of growing geo-political and global importance. In these regions, exercises and interactions between Allied and partner forces increases interoperability across all domains and allows us to work together as a team to address security threats.