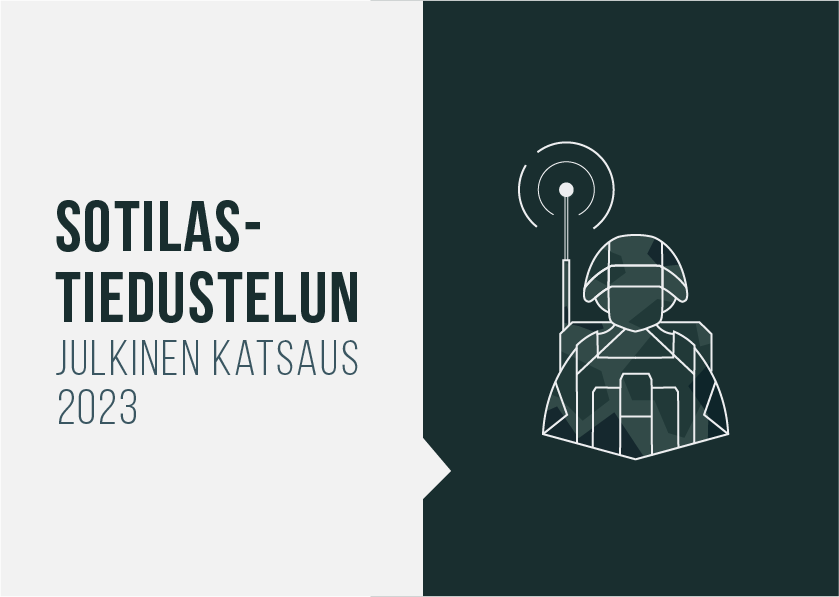 In 2022 and early 2023, the world has suffered from the sharp tightening of the security policy situation caused by the war in Ukraine, the continuation of the corona pandemic, uncertainties related to the development of the global economy, the development of climate change and humanitarian disasters that have affected security at the global level.

Finland's military operating environment has been particularly changed by Russia's war of aggression in Ukraine. The military intelligence service has actively monitored the course of the war and its spillover effects on Finland and its surrounding areas. Finland's geopolitical situation also emphasises the need for situational awareness, intelligence analysis and monitoring of the operating environment.

According to the Chief of Intelligence of the Defence Command, Rear Admiral Juha Vauhkonen, 2022 has meant busy times for military intelligence.

– The military intelligence system is working around the clock and is doing its best to meet the information needs of the Defence Forces and the state leadership and provide our defence system with the intelligence it needs in its operations," Vauhkonen highlights in his opening words to the review.

In 2022, national defense was subject to systematic intelligence gathering from other states. Intelligence activities focused on, among other things, defence and security policy decision-making, key infrastructure, the activities of the Defence Forces and ongoing capability projects. In particular, attempts were made to obtain information about future, as yet unpublished solutions, as well as other non-public material. Foreign intelligence agencies have used various methods, such as personal intelligence, in their activities.

– The Law of Military Intelligence and the powers it confers have proven to be effective and proportionate. Improved intelligence gathering has given military intelligence analysis even better source data, Vauhkonen says.

National defense will continue to face as many threats as in previous years. The use of technology in the operating environment, the increasing complexity of threats and the construction of the information society on the basis of technology pose challenges for intelligence authorities. The amount of information is huge, and it grows with the development of technology.
One of the most important changes in the near future is Finland's future membership of NATO, which will also affect the activities of military intelligence: the entire alliance monitors the common operating environment, forms a situational picture of world events and prepares to warn of threatening changes.

The military intelligence system is constantly evolving to meet the demands of the changing security environment.

The military intelligence system can be found in more detail in the 2021 review.