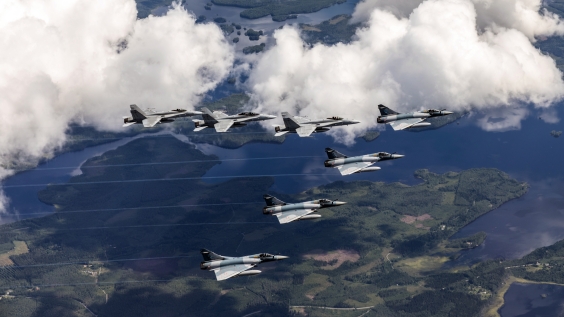 International cooperation enhances Finland’s defence capability and is a part of the daily activities of the Air Force.

‒ The main objctive of the FSTE missions is to train our F/A-18 pilots in air combat scenarios with different types of aircraft. Planning and executing the missions provides both our pilots and fighter controllers with valuable experience in international cooperation. We fly the FSTE missions as a part of our daily flight operations, so we get the training benefits without extra costs, says Lieutenant Colonel Inka Niskanen, Commander of Fighter Squadron 31, Karelia Air Command.

Flown in Finnish, Swedish, and international airspace, the FSTE missions are a part of the Finnish Defence Forces’ international training and exercise plan 2020, approved by the Ministry of Defence. The previous time the Finnish Air Force trained with the French Mirage 2000-5F detachment was on 6 May.