Static Display at Vanha tori from 10 am to 5 pm

Viewers are welcome to take a look at the Finnish Defence Forces’ materiel and equipment at Vanha Tori Square on the parade day. 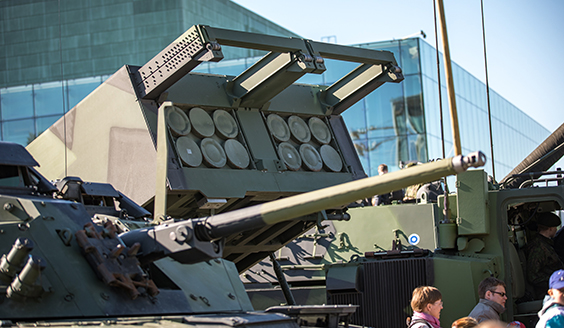 There will be equipment on display from the Air Force and Army as well as the Border Guard.

The Hornet solo display pilot Captain Arto Ukskoski from Lapland Air Command will be available at the Air Force’s recruitment booth at Vanha Tori from 10 to 12. Captain Ukskoski will give out information on Hornet flying and careers in the Air Force.

The static display will include the following: