Finland, Norway and Sweden Will Host Arctic Challenge Exercise 2017 in May and June

The Air Forces of Finland, Norway and Sweden will host multinational Arctic Challenge Exercise 2017 from 22 May to 2 June 2017. More than one hundred aircraft from eleven nations will participate in the air exercise carried out in the airspace over the northern areas of the host countries.

This year's Arctic Challenge Exercise (ACE 17) is the third of its kind that Finland, Norway and Sweden have organised together. The exercise conducted every second year since 2013 is this time led by the Finnish Air Force that is responsible for planning and direction of the training event.

ACE 17 provides opportunity to train the large-scale planning and conducting of air operations in a real-like operating environment that involves a wide range of aircraft and forces of modern air warfare. Arctic Challenge exercises are part of Cross Border Training (CBT) started in 2009 between Finland, Norway and Sweden. The Air Forces of these nations conduct on almost a weekly basis combined air combat training missions that are flown from their northern home bases. The cost-effective implementation pattern of combined exercises can also be applied to large-force air exercises.

Arctic Challenge Exercise 2017 is one of Europe's largest live air exercises. It will gather more than over one hundred aircraft. In addition to multi-role fighters, transport and liaison aircraft, aerial refuelling tankers, airborne warning and control system aircraft, and transport and search and rescue helicopters can be seen in the exercise. Participating nations are Finland, Norway, Sweden, Belgium, Canada, France, Germany, Great Britain, the Netherlands, Switzerland and the United States.These will be supported by electronic warfare training aircraft and also by ground crew and ground-based air defence units.

The ACE17 host bases are located in Bodø in Norway, Luleå in Sweden, and Rovaniemi in Finland. Flying is conducted from Monday to Friday in two to three daily waves from 9 till 18 Finland time (from 8 till 17 Norway and Sweden time).  Flight missions are carried out mainly in the areas extending over the three nations' northern regions (see Map of Area of Operation). 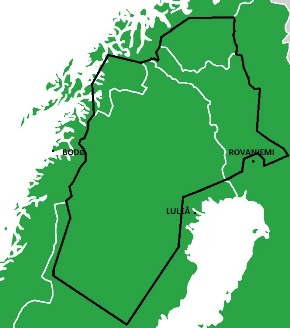 Also the training areas of Rovajärvi in Finland, Vidsel in Sweden and Setermoen in Norway are available.  Simultaneously with ACE17, the Finnish Defence Forces Army North 17 exercise is being conducted at Rovajärvi which will enable the exercise units to have the benefit of ACE17 flight missions directed into this area to their training. In addition, aircraft will operate in Lohtaja training area in Finland where, at the same time, the Finnish Defence Forces Air Defence Exercise 1/17 is going on.

Around ninety aircraft at most may participate simultaneously in individual waves in ACE17. Exercise sorties will involve flying at low altitudes and they may also include supersonic flying. Aircraft will deploy flare countermeasures that can be seen as bright spots of light in the sky.

During ACE 17, three media days will be organized. The preliminary date for the events taking place simultaneously in in Bodø in Norway, Luleå in Sweden, and Rovaniemi in Finland is May 23rd. For details regarding the events please contact the Public Affairs point of contact in the nation the media day takes place in.

The ACE17 website is available on the Finnish Air Force website at http://ilmavoimat.fi/en/ace17-en. You can also follow the exercise on social media: https://www.facebook.com/ilmavoimat and https://twitter.com/finnishairforce with #ACE17.