Undertaking training in the Finnish Rapid Deployment Force, the jaeger company demonstrates versatile capability to conduct versatile missions also independently. Yet, while winter conditions prevail, sustaining combat capability presupposes that both each individual soldier and the unit as a whole remain equally committed.

Capable and incorporating several service branches, the jaeger company of the Pori Brigade serves as the readiness unit of Finnish Army’s international training and, as such, remains well trained and well equipped for the purposes of both national defence and multinational activity. In the training exercise Trident Juncture, the jaeger company operates subordinated as part of the Swedish 71st Light Mechanised Battalion.

Additional boost for the battalion

According to Commander of the Swedish-Finnish battalion, Lieutenant Colonel Andreas Ziegenfeldt, the Finnish jaeger company at his disposal remains effective. In the first meeting engagement, several combat vehicles became annihilated. The element of surprise also saved the Finnish-Swedish unit from sustaining any own casualties and collateral damage.

– Ever since the first combat mission, our motorised unit has been in a decisive role in surprising the adversary. Therefore I can say that the merged Finnish and Swedish units have achieved combat success against a strong and challenging adversary.

Lt. Col. Ziegenfeldt gives praise to the versatility of the Finnish jaeger company. The Finnish Jaeger Company will sustain combat proficiency on the battlefield for longer periods. According to Lt. Col. Ziegenfeldt, the jaeger company’s combat effectiveness and capability remain solid. Its sustained capabilities, such as the anti-tank weapons, reconnaissance capability for military intelligence, off-road motorcycles and, for instance, the field kitchen of combat service support, all provide support for the battalion-level combat.

– This jaeger company can be utilised for nearly any mission. The jaeger company fully masters basic infantry combat, is capable of clearing road tracks and the environment in the vicinity, can advance to meeting engagement and also annihilate the adversary’s main battle tanks as well as generate intelligence data, for instance, by means of a UAVs.

As to Lieutenant Colonel Ziegenfeldt, the Finns all are extremely skilled soldiers.

– The Finns are a resilient unit that never gives up. They are also disciplined and systematic, Lt. Col Ziegenfeldt describes.

– Finnish conscripts and Swedish professional soldiers are nearly equal when it comes to their professional capability, Lt. Col. Ziegenfeldt points out. 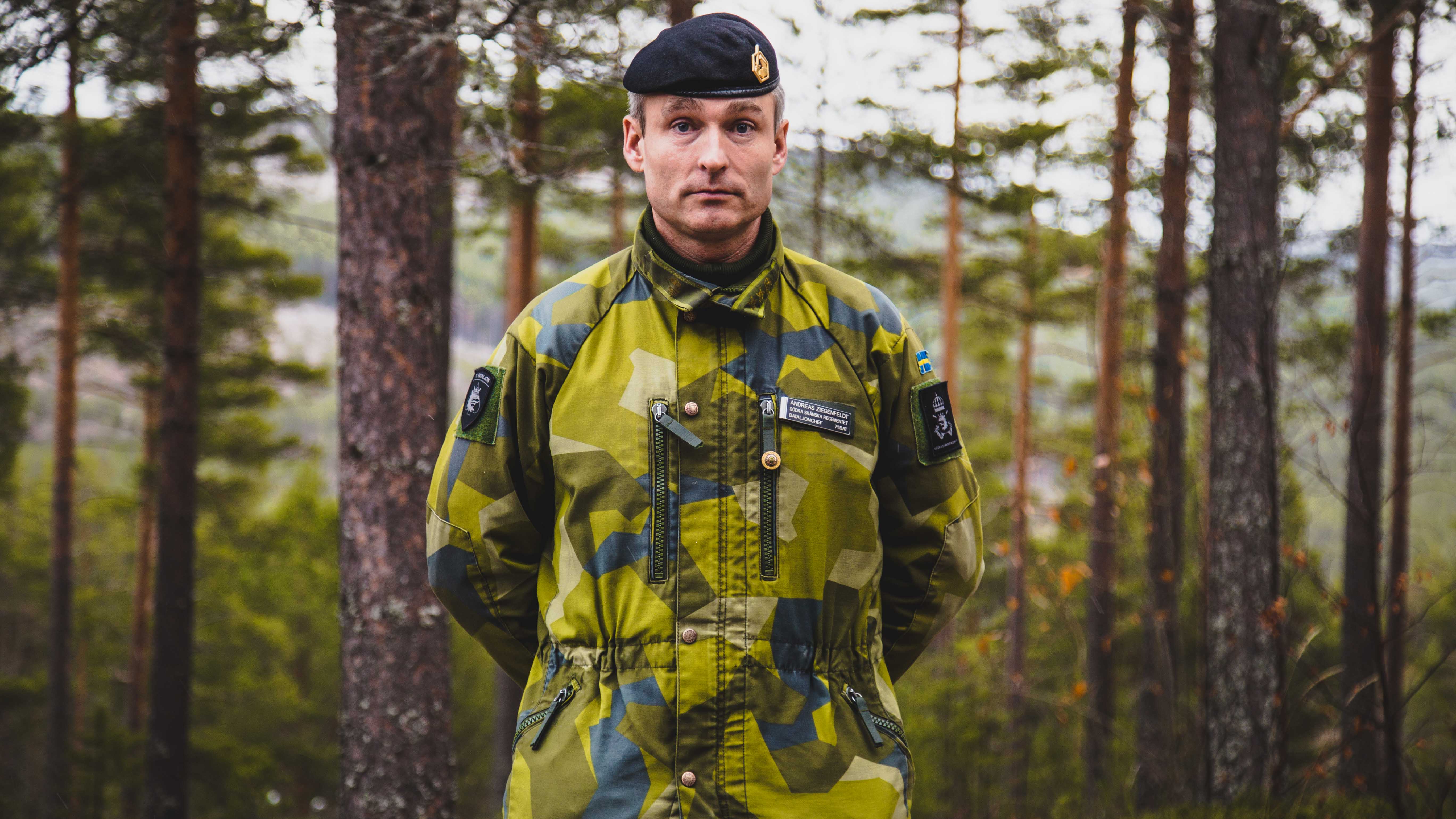 Having operated as part of the Swedish battalion in combat for approximately a week now, the Finnish jaeger company has faced a challenging environment and demanding variation in weather conditions while undertaking training in Norway. According to Officer Candidates Rättö and Lautiainen, the Finnish soldiers’ winter equipment and kit are of good quality. However, the effects of the varying weather conditions must be accounted for as well.

– The most important piece of equipment is a set of winter boots. Nothing beats the combination of wearing layers of socks and wool socks in felt lined boots, Officer Candidate Lautiainen says.

– Being on the move will keep you warm but, of course, you need to be prepared and know what to wear while operating in such varying weather conditions as here. For instance, on Thursday morning the low temperatures were well below zero degrees Celsius and, by the afternoon, the high temperatures were back to zero Celsius again with dampness and humidity in the air. Knowing how to dress right remains the responsibility of each soldier, Officer Candidate Rättö adds. 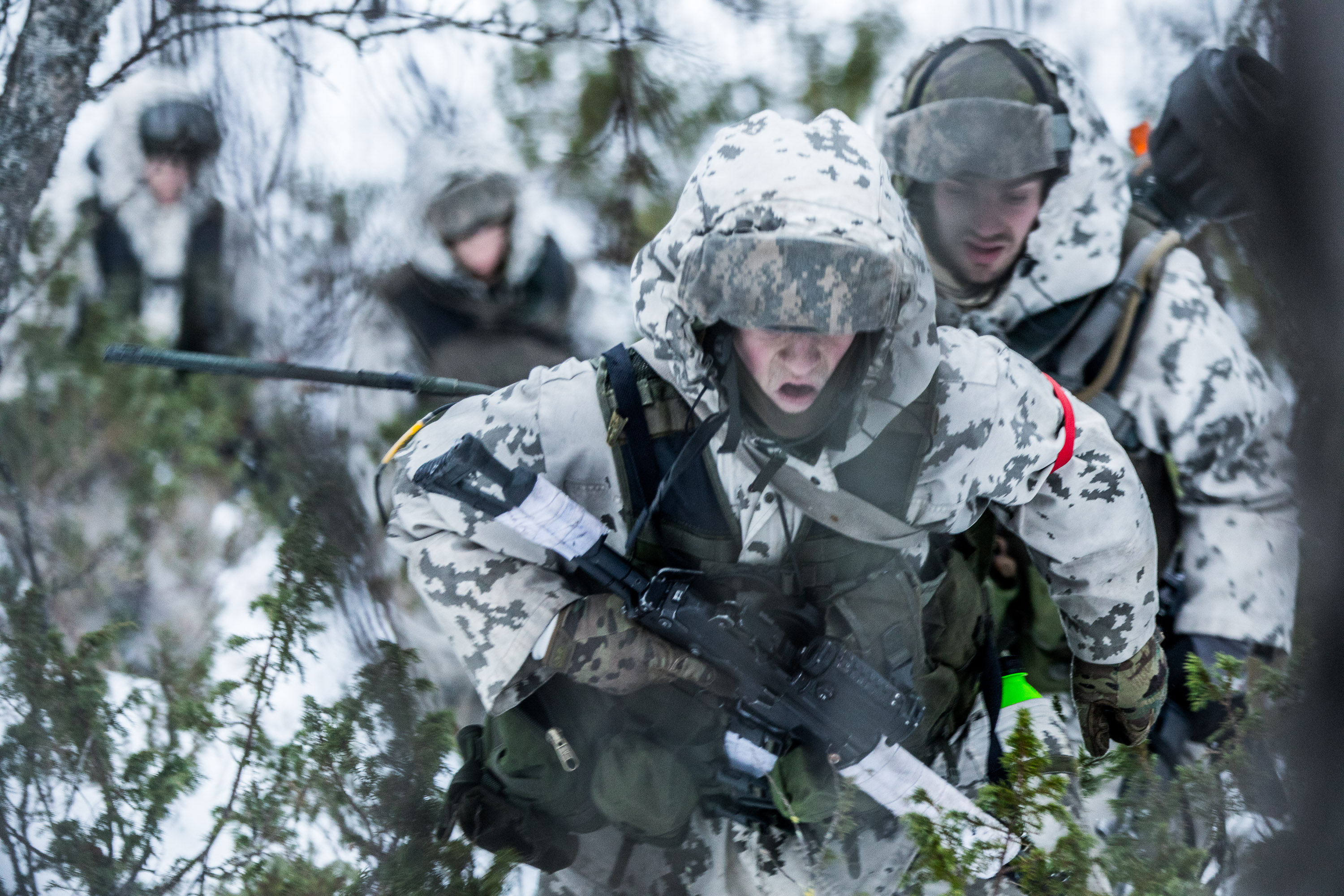 According to Officer Candidates Lautiainen and Rättö, sustaining soldiers’ personal operating capability asks for ensuring that the basics are cared for:

– The most important thing is to remember to eat, drink and rest whenever it is possible. Keeping this in mind will get you through and you won’t drop. The next priority item on the list is about knowing what the right equipment would be, since you should not have too much on, Officer Candidate Rättö says.

– If you do, you will get sweaty. And then, if you cannot change into anything dry, you will be really cold after on, Officer Candidate Lautiainen continues. 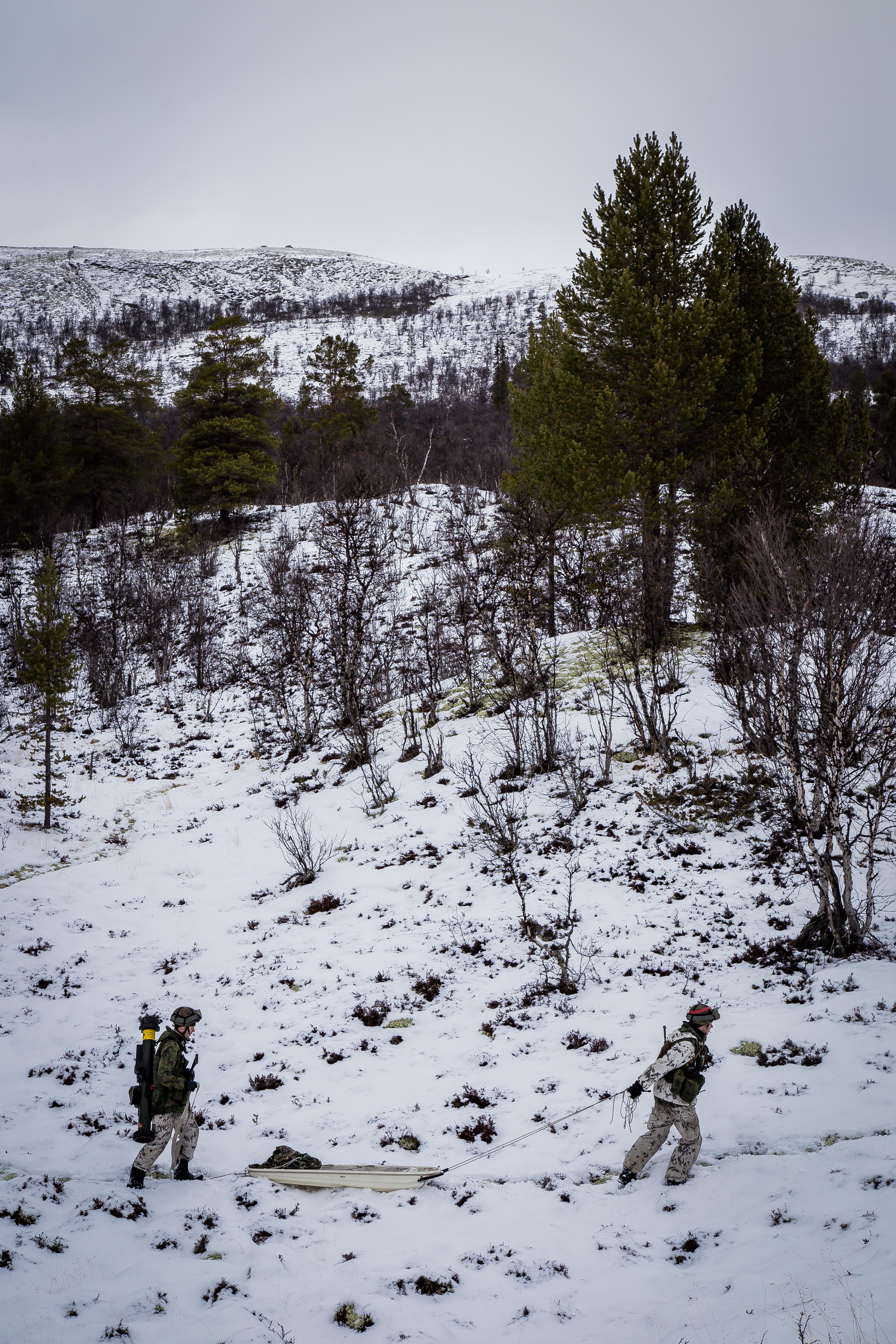 The jaeger company sustains high-level capability for conducting night operations and, for this purpose, its set equipment includes, among others, night vision optics mounted on weapons.

– Technology will be of help. Prior to this training exercise, we have trained night-time operating in a platoon and company-level composition. We are prepared for this, Officer Candidate Rättö describes.

Officer Candidate Rättö, who serves as a platoon leader, continues that it has been motivating to undertake training in the challenging Swedish and Norwegian terrain.

– At least for me, this change in operating conditions has posed a pleasant challenge. Variation brings about new learning relevant for leading a platoon. For instance, the terrain seems to feature a high number of open clearings and the terrain contours seem to play a more important role than back at home, Officer Candidate Rättö points out.

– It is interesting to operate as a Forward Observer on these types of open clearings that allow you to see more and with more precision accuracy than would be the case in Finnish training exercise grounds, Officer Candidate Lautiainen says while operating as an FO.

On skis or on foot

The jaeger company sustains the capability for solid mobility advancement. Its primary equipment includes Patria XA-203 armoured personnel carriers. Yet, on the level of an individual soldier, it is the mastery of very basic procedures that will still count.

– Each soldier sports two more or less healthy feet, and then, of course, there will be the set of skis that each Finnish soldier knows very well. The armoured Sisu vehicles of our platoons and our company are used for advancing longer distances, Officer Candidate Rättö says when describing the company’s capability for versatile mobility.

– This training exercise has enabled us to conduct such ranger missions that have required operating on foot in the forest to the max, Officer Candidate Lautiainen says.

For the time being, nothing has been able to hamper the jaeger company’s mobility:

– Nothing has come up that would have prevented us from operating or being mobile. All the challenges have been manageable. It keeps you interested in operating when, as a leader, you have to remain alert and determine in which direction to proceed next and how to accomplish that, Officer Candidate Rättö contemplates. 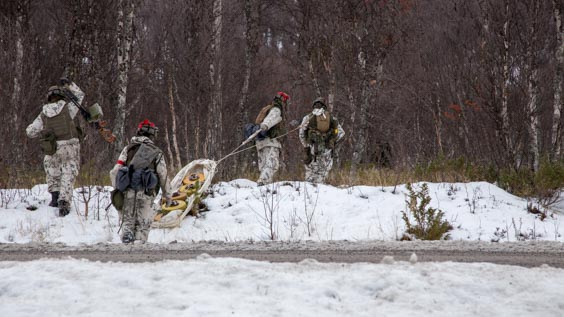 Parallel to the materiel power demonstrated by the jaeger company, it is the common fighting spirit of this unit that comprises a key element to its operating capability. Moreover, the total personnel strength of the jaeger company is relatively high compared to its multinational counterparts. This unit’s special characteristics and special asset includes its operating capability as an independent company and its common fighting spirit as well as doing things together as a team.

– Basically you can place us anywhere that requires deploying infantry use of force on the company level. Our training enables us to conduct versatile missions ranging from basic jaeger company tasks to safeguarding and cordoning off missions all the way to combat in built-up areas as well as serving in crisis management missions, Officer Candidate Lautiainen describes.

According to the two Officer Candidates, it is the common fighting spirit, the most solid capability of them all, which becomes pronounced in the Finnish Rapid Deployment Force.

– Our company is the embodiment of the common fighting spirit as we all have applied for service in this slightly different type of conscript training programme on a voluntary basis. In fact, we do everything with maximum effort and give all that it takes always.

Training as part of the Finnish Rapid Deployment Force provides a foundation for soldiers’ and troop's sustained operating capability and further development.

– The unit undertakes progressive training. The operating leaders sustain confidence in their own operating capability and performance. This training provides a solid basis for operating as part of any multinational operation, Commander of Satakunta Jaeger Battalion, Lieutenant Colonel Tapio Huhtamella points out.

At present, Officer Candidates Lautiainen and Rättö have both served in the Finnish Rapid Deployment Force for some ten months. This readiness unit training organised in the form of a special operations force programme has had the conscripts undertake versatile and challenging training including, among others, familiarisation with the following topics:

Before beginning his military service, Officer Candidate Lautiainen had the goal of being able to serve in a crisis management operation after mustering out.

– I remember thinking that it would be great to serve overseas. Now that I know more about the military and crisis management environment I wish that the conscript service time had included even more training in conducting crisis management missions. This said, the training that we have undergone has been versatile. This has been a leap into the unknown, Officer Candidate Lautiainen describes.

– So far we’ve done great and will continue to do so! Officer Candidate Rättö confidently concludes.