Review of troops at the Seinäjoki Football Stadium at 12:00 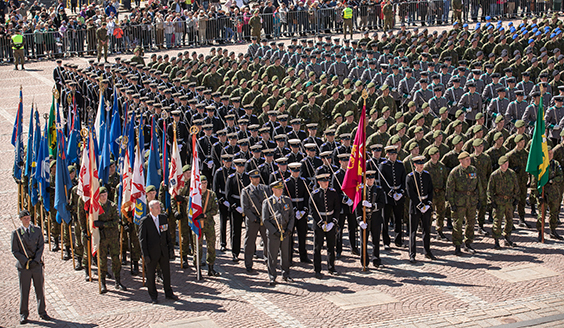 The review of troops will be organised at the Seinäjoki Football Stadium, the OmaSP Stadium, at 12:00.

The troops will be aligning to position starting at 11:30, and therefore it is recommended that the public arrive there well on time.

Commander of the Finnish Defence Forces, General Jarmo Lindberg will review the troops, and Army Chief of Staff, Major General Markku Myllykangas will command the troops. The field devotional will be given by Field Bishop Pekka Särkiö.

With ‘the Finnish Defence Forces 100 Years’ as its theme, the parade will feature troops from all three Services, the National Defence University as well as veteran's and national defence organisations.

ORDER OF REVIEW OF TROOPS