The Flag Day of the Finnish Defence Forces will begin with a wreath laying ceremony at the Winter War and Continuation War Memorial. 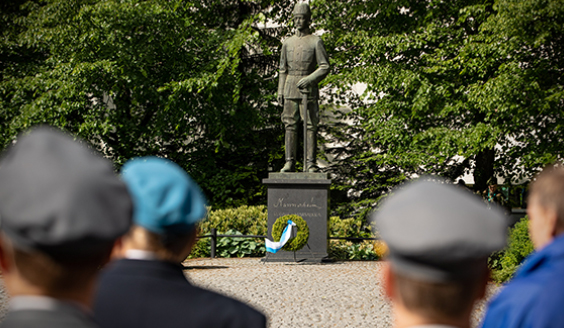 The Defence Forces’ wreath will be laid down by Commander of Lapland Air Command, Colonel Antti Koskela, accompanied by War veteran Jorma Savukoski and Mayor of Rovaniemi Esko Lotvonen.

The ceremony will be led by Lapland Air Command Chief of Staff, Lieutenant Colonel Juri Kurttila. The Lapland Military Band and Choir will be responsible for the music.