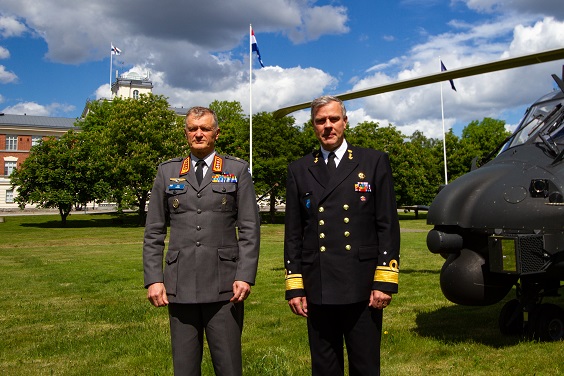 Chair of the Military Committee of NATO, Admiral Rob Bauer is on a visit to Finland today. According to Admiral Bauer, Finland sustains strong Defence Forces which brings added value to Euro-Atlantic security.

—  Finland is one of the closest cooperation partners of NATO, and a strong actor in the Euro-Atlantic security environment. We share the same values and encounter many of the same threats.  Finland sustains substantial military resources with high value to our common security. The Finnish Defence Forces remains fully interoperable with NATO forces.  Finnish troops regularly participate in exercises held by NATO or by members of the Alliance.

As an example of the active exercise and training activity Admiral Bauer brings up the exercise Baltops 2022 that is to end today. Participated by up to circa 7,000 troops from altogether 14 NATO member and partner nations, the exercise drill involved exercising joint air and maritime operations, as well as amphibious missions.