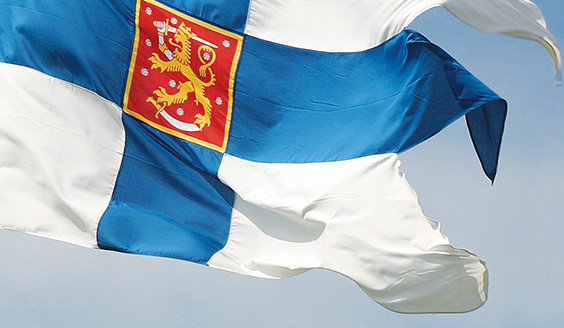 The parade's theme is "The Army as part of the Finnish defence system." Troops totalling around 1,300 from all three Services, the National Defence University, the Border Guard and veteran's and national defence organisations will form the parade. The parade will have some 90 vehicles proceeding in battle group formation. The Air Force will also take part in the parade with multi-role Hornets and Hawk jet trainers and the Army with NH90 transport helicopters and MD500 light helicopters.

The parade will be reviewed by Army Commander Lieutenant General Seppo Toivonen. The Parade Commander will be the Army Command's Chief of Staff, Major General Jorma Ala-Sankila. The Field Devotional will be conducted by Army Senior Chaplain Vesa Aurén. This year's parade is organised by Kainuu Brigade.

The day will begin with a wreath laying ceremony in Church Park, Kajaani. The review of troops will take place in the Kajaani Sports Park and the pass in review on Pohjolankatu (Pohjola Street). After the review, NH90 helicopters will perform for the public at the Sports Park.

The Defence Forces' will have a big display of equipment on the Market Square of Kajaani. The Army will have a military display in Suvantopuisto (Suvanto Park) demonstrating the mobility, fire power and other capabilities of its battle groups. The display will also feature Utti Jaeger Regiment NH90 transport helicopters and special jaegers fast-roping from these helicopters.

All flypasts are subject to weather conditions.

The programme of the day: