Review of Troops at Ratina Stadium at 12

The review of troops will be organised at Ratina stadium at 12. As the troops will be aligning to position starting at 11:30, it is recommended that the public arrive well on time.

The troops will be reviewed by Deputy Chief of Staff Armaments and Logistics Lieutenant General Timo Rotonen, and the parade troops will be commanded by Deputy Chief of Staff Army Operations Brigadier General Rami Saari. The field devotional will be delivered by Field Bishop Pekka Särkiö. The Navy Band will be responsible for the music in the review of troops. 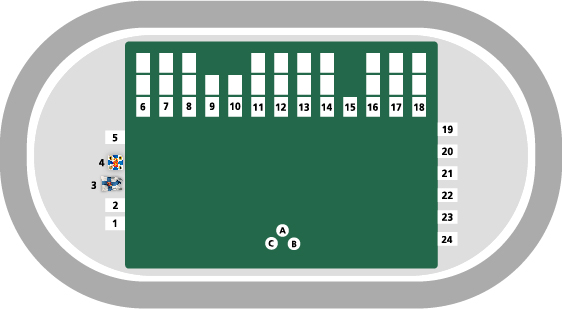 Order of Review of Troops:

A. Reviewer of the Parade